Will & Grace is an American television sitcom that was originally broadcast on NBC from September 21, 1998, to May 18, 2006, with a revival season was premiere on September 28, 2017 and concluded on April 23, 2020. The series star with Eric McCormick, Debra Messing, Megan Mullally, and Sean Hayes. It was produced by KoMut Entertainment, 3 Sisters Entertainment, 3 Princesses and a P, with NBC Studios and Universal Television. 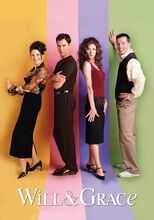 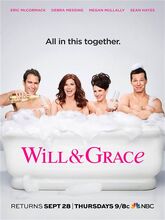 Retrieved from "https://television.fandom.com/wiki/Will_%26_Grace?oldid=73694"
Community content is available under CC-BY-SA unless otherwise noted.