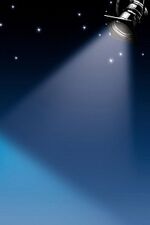 Welcome to our wiki, and thank you for your contributions! There's a lot to do around here, so I hope you'll stay with us and make many more improvements.

Recent changes is a great first stop, because you can see what pages other people have been editing, and where you can help.

Questions? You can ask on the "discussion" page associated with each article, or post a message on my talk page!

Need help? The Community Portal has an outline of the site, and pages to help you learn how to edit.

Please sign in every time you edit, so that we can recognize you!

I'm really happy to have you here, and look forward to working with you!

Toon In! is an upcoming series in June 14, 2014 where cartoons and objects come to life.

In Summer 2014, Ben Bocquelet and the creators had more characters during show time on the air for some reasons. However, until April 2014, Disney Channel planned a new show for kids to watch this show. It is a show about where cartoons, different animals, objects and other species. What is about the show? Guess what, kids. It is about a boy named Jeff, with his imagination and a cloud and a sauropod.

But that show may be rated TV-PG-D-L-S-V for kids and adults to watch. It says on the copyright that it is from Disney Channel. Disney said "Nothing is official."

It will now air in June 14, 2014. This is a canon show but not a fanon show, but may be popular and different. Some of the characters appeared the shows with a majority of classic cartoons that made cameos and appearances. It is unknown if some other Who Framed Roger Rabbit characters and 3D animation characters could appear in this series until the cliffhanger for spring cleaning.

The cartoons seem to be jerky and crazy. They had multicolored hair humanoid people and different cut out bear, and video game characters and flowers and toys from the LP 1986 Christmas special The Christmas Toy. Some one of the characters are drawn and stick figures and animated Muppets and flying weird things and singing props and an underpants sheriff. But they may be the same after the corridor. The show staff told it was a new show from Disney Channel but this may be the first episode called "The DVD". Some actors played like jesters, clowns, bodybuilders, soldiers and costumes and others but however, Disney said that show is coming to June 2014 and it will go on and shine like star so it won't be cancelled.

First of all, some characters are similar to the series for the classic show. They put some 80's and 90's music on the show. This will air sooner, the better.

Retrieved from "https://television.fandom.com/wiki/Toon_In!_(TV_series)?oldid=49763"
Community content is available under CC-BY-SA unless otherwise noted.