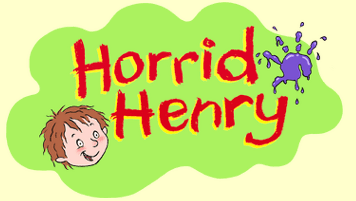 Horrid Henry is a British children's animated television series, based on the book series of the same name by Francesca Simon, the series premiered October 31, 2006.

Retrieved from "https://television.fandom.com/wiki/Horrid_Henry?oldid=66452"
Community content is available under CC-BY-SA unless otherwise noted.